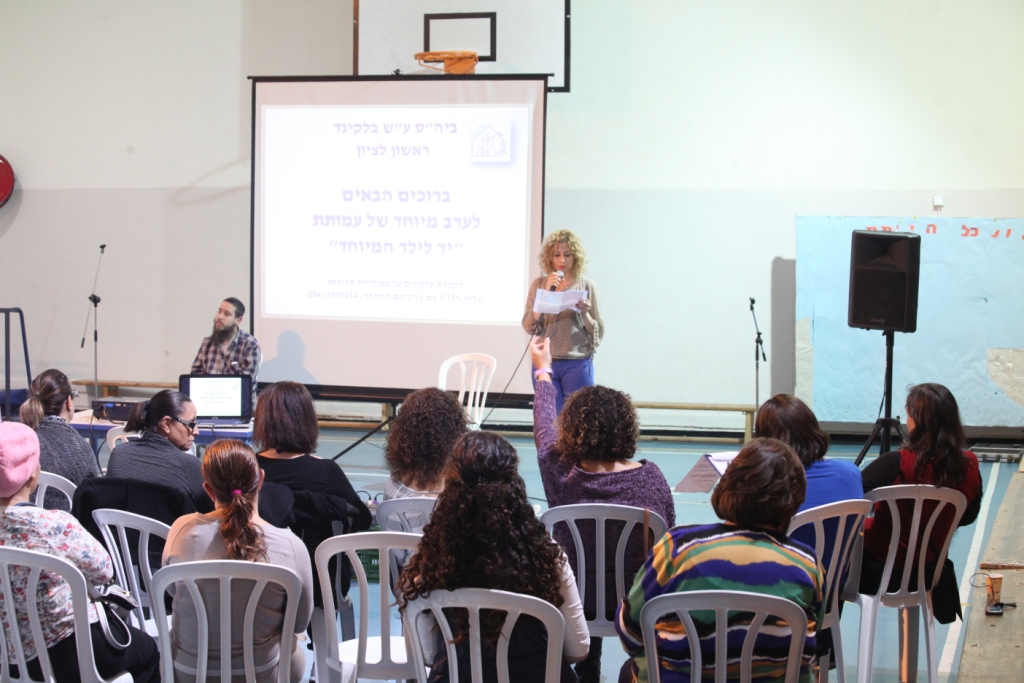 A fascinating evening was held for parents children with special needs, children from the Rishon Letzion area, during the reference days held by the "Yad LaYeled HaMeyuchad" association in different places in Israel throughout the year.

The event took place at the Belkind School in Rishon Letzion and included a fascinating play named Faith Crutches, telling the story of Elroee and Dafna Ader'ee from Mitzpe Ramon, a couple suffering from Cerebral Palsy and raising two pairs of twins on their own.

The participants enjoyed the riveting story and stayed for a Q&A session with the couple after the event was over. Following the great success and the demand, other such events are scheduled to take place in the near future.