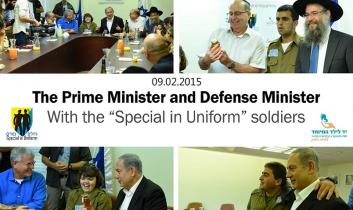 of the Yad LaYeled HaMeyuchad association and raised a toast to the New Year.

The “Special in Uniform” program of the association integrates 250 young men and women with special needs in a volunteering service in the IDF in 8 military bases from Eilat in the south to Ramat David (30 Km east of Haifa). This program is for the young persons a wonderful platform to be integrated in the community and in employment.

The PM and the Defense Minister were very moved to meet with the charming soldiers and commended the fact that they volunteer to the IDF in a variety of fields. They congratulated the soldiers and wished them and their families a happy new year full of achievements and blessed with good health. 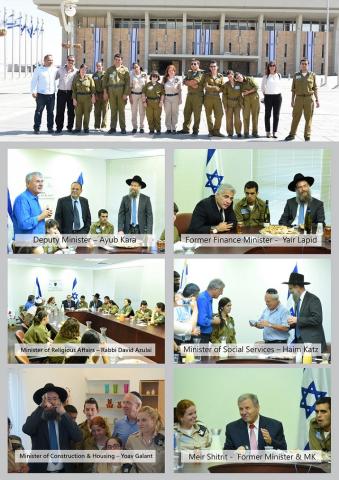