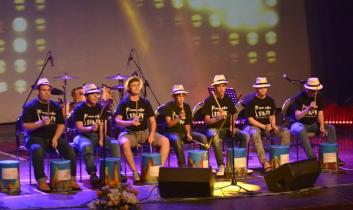 The Mayor of Nes Ziona, Yossi Shevo, opened on May 31st, 2015 the yearly event dedicated to launching the Project of Yad LaYeled Hameyuchad and The HaTomer School: “An Apartment in the Community”.

On Sunday May 31st, 2015 hundreds of guests gathered with the members of the Yad LaYeled Hameyuchad association in the yearly association event dedicated this time to present and promote the innovative project “An Apartment in the Community”. The project offers new educational and organisational ways and means training personal skills and enhancing “Spaces of Independence” for disabled children and young people in close cooperation with their families. The event took place in the City Concert Hall of Nes Ziona.

The association Yad LaYeled HaMeyuchad was founded by parents of Children with Special Needs. It operates to help children and families all over Israel. The association offers a wide spectrum of professional help and support services for families with children having Learning Disabilities, Autism, Down Syndrome (and other syndromes) and various emotional and/or behavioural problems. The association created a Treatment Center in Bet Dagan (near Tel Aviv) and a Recreation Center in Haifa. It organizes a growing number of projects in cooperation with municipalities and institutions as well as with the Israeli Ministry of Education and the Ministry for Social Services.

The impressive social and humanitarian assistance work done by the association, its dedicated team and its helpful donors is honored, recognised and commended by the President of Israel, Reuven Rivlin, the Prime Minister Bejamin Netanyahu, Israel’s Defense Minister Moshe Yaalon, former Welfare Minister Isaak Herzog (presently opposition leader) and other VIPs from various parts of the Israeli society.

In the city of Nes Ziona Yad LaYeled Hameyuchad operates together with the HaTomer School for Children with Learning Disabilities the innovative project called: “An Apartment in the Community”.

HaTomer means “The Palm Tree”. In May 2015  the  director  of  the HaTomer School, Shlomi Irim received a distinction from the Israel Ministry of Education for this unique initiative. The association together with the HaTomer School rent an Apartment in the Center of the City in the vicinity of the Culture Center, a major supermarket and bus stops where the educational team of the school is guiding, instructing and training pupils of the HaTomer School in elementary daily indoor and outdoor activities preparing them for an independent life outside of their parents’ house. The school cyllabus is enriched with original innovative modules preparing the disabled children in the various age groups for the stay at the project apartment step by step. The lessons include also personal hygiene, cooking, shopping and room arrangements. It culminates in up to four days with overnight stay in the project apartment. 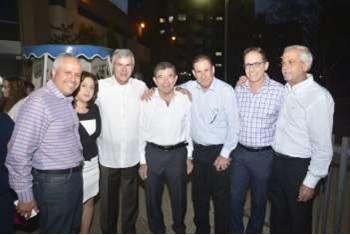 Among the hundreds of guests who came to honour and support the project were the members of the Board of Directors of Yad LaYeled Hameyuchad, (from left) Mr. Oren Helman, Deputy Director of Israel Electric Company (IEC), Mrs. Tali Chayat-Aviraz, who also led the production of the event, Gen. ret. Gabi Ofir – Chairman of Yad LAYeled HaMeyuchad, the Mayor of Nes Ziona, Mr. Jossy Shevo, Gen. ret. Yiftach Ron Tal the Deputy Chairman of the Association, the Deputy Mayors of the City of Nes Ziona and City Council Member, Mrs. Zipi Silberman and Mr. Ariel Almpog.

The women of the team of the Education Department of Nes Ziona under the Chair Woman Dr. Riva Klein, Mrs. Tali Vaknin heading the personal department and Mrs. Iris Polak, the city officer for family visits participated in the event. This team accompanies the project from the beginning.

Among the guests of the moving evening were also the two famous school Principles Mrs. Lea Greenberg and Chava Erlich.

The audience was deeply moved and enthusiastic by the rhythmic opening performance of the drummer ensemble of the HaTomer School under the musical director and teacher Alex. Harel Nimrod, the artist of senses, moderated the event and integrated performances from his show and of the leading stand-up comedians Ben Ben and the Duo Ashkenazi and Malul who brought the audience to tears of laughter.

Oren Helman the Deputy Director for regulation of the IEC, himself father of a special child and a volunteer member of the Board, spoke on behalf of his daughter Liha.

Families with children with special needs have enormous monthly expenses of thousands of Israeli Shekels and experience great difficulties in the integration of their special children in society and at work. The Israeli Labour Market is not yet fit for parents to children with disabilities. 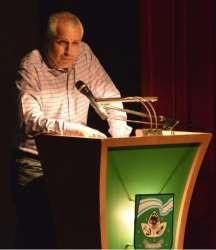 In Israel there are over 880.000 people with disabilities in the working age, and there are further 320.000 Children with special needs. In Total 1.2 Million people make in 2015 about 14% of the Israeli population!

There are ca. 600.000 people with disabilities in Israel who are not yet recorded by the National Israel Social Security Institute. They do not receive Rehabilitation Services from the State. They are considered “unreported disabled”. Actually they are “transparent as transparent can be”…

“We believe”, Oren Helman declared, “that narrowing the social gaps requires a social change. It will come from legislation. In this field I am working energetically without a pause for the future of the children of all of us.”

Nes Ziona Mayor, Yossi Shevo expressed his greetings commending the activities of the HaTomer School under the Leadership of the Principle Shlomi Irim.

The Mayor said that in Nes Ziona every child counts. We work as the educational system for all the children. 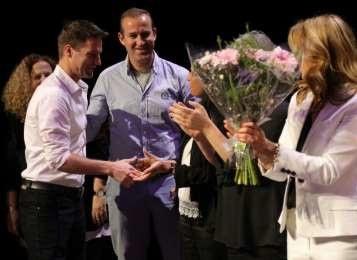 Shlomi Irim who initiated the project touched the hearts of all people present by reading his poem which he wrote to the children of HaTomer, the teachers and the parents with whom together the dream of “The Apartment in the Community” was achieved. This apartment enables for the first time that the children of the HaTomer School experience and prepare for an independent life and the daily activities outside the home with their parents. Such an opportunity does not exist for them anywhere else.

The event evening was concluded with the magnificent singing of the famous singer David Daor, who literally took everybody to ‘higher spheres’. His star performance was not the first time he volunteers in favour of the association of Yad LaYeled HaMeyuchad. The audience thanked him with a long applause.

This event served also for fundraising purposes. It was organised in cooperation with the parents of the HaTomer School, headed by the chairman of the parents’ representation Mr. Dudi Bareli and Mrs. Abigail Frenkel. After months of hard work the evening was concluded with the satisfaction of the successful performances and the achievement of the financial target of raising the budget for the “Apartment Project” for the coming school year.

Thank you to all contributors.